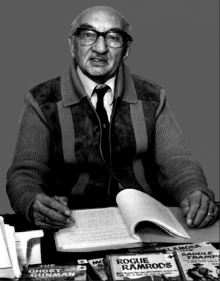 Harry Austin Jones was a Bristol-based, Welsh author. He wrote Westerns as Hal Jons and adventure novels as Harry Graham. Harry worked in an Ebbw Vale coal mine as a child and saw active service during World War II. He died in 1983.

The process of republishing all seventeen of Jones’ books was started in 2012, the year that marked the hundredth anniversary of his birth. This website was created to raise awareness of his works and make them more easily available for new generations to enjoy.