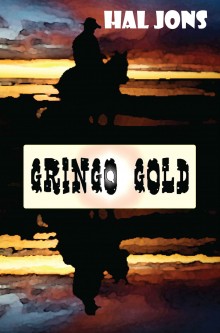 A Clint Bellamy and Mex Jaurez adventure. Clint Bellamy and Mex Juarez are crossing the Amarillo Desert when they come across a wagon–train of Irish immigrants. The gold cross the group had carried had attracted thieves and killers like a magnet until it was stolen. Now they were lost, literally and metaphorically.

Matt Sullivan and Kathy Mullins leave the wagon–train to accompany Clint and Mex in pursuit of the cross, but trouble starts when Reardon and Kelly trail along. They want to possess both the cross and the beautiful, teenaged Kathy, neither of which goes down well with her devoted partner, Matt.

When the pards hit town Matt is found holding the knife that has just killed Reardon and he looks set to hang. But Matt knows that only Kathy’s hand could have wielded the knife and he keeps his silence so that she won’t end hers days dangling on the end of a rope. The pards have to prove Matt innocent, hampered by the actions of Gabe Dance’s gang and the machinations of Red Carlson, a lecherous woman–beater, who wants Kathy for his own.

Meanwhile, wanted outlaw, Mose Belman, who is posing as a blameless priest, steers a crafty and selfish course with the cross towards the ultimate reward.

Find out more about Gringo Gold: