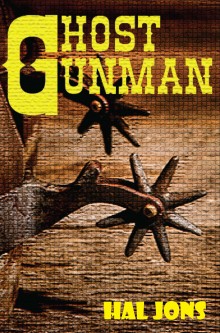 Bart Travers was just a boy when he witnessed Rod Vance’s men murder his parents. Twelve years later – and every inch a man – Bart is back and is out for Vance’s blood. But his revenge is nearly short–lived. Without the timely arrival of his two pards Bart would have enjoyed the dubious honour of being on the wrong end of a lynching for a murder he didn’t commit.

Even with the help of his pards, Bart is in for trouble because Vance has the whole town in his pocket. Things don’t get any easier when notorious gunman, Ace Ringwall, is set on Bart’s trail with a $200 incentive to tote him in – dead.

Who says trouble doesn’t come in threes? As if he didn’t already have enough to deal with, Bart falls for Stella Drew, owner of the Diamond Dot ranch. Vance, however, won’t let anything get in the way of taking over the ranch.

Vance may be content with getting his vile hands on the ranch but Des, his lecherous son, has other intentions. Des has his sights firmly set on possessing the beautiful Stella and he doesn’t mind how rough he has to be to force her to comply with his base wishes.

Find out more about Ghost Gunman: